- January 21, 2020
I wasn't rudely awakened by my bed shaking or window panes rattling last night. If I had anyone to converse with over my Frosted Flakes this morning besides Freddy, I wouldn't have casually asked if his or her sleep had been interrupted by any seismic activity. Only one of the eight QuakeFeed notifications I've gotten today pertained to the Dominican Republic (a 3, 46 mi. away).

Not so for my missionary colleagues and friends in Puerto Rico.

I'm safely back in the Dominican now but continuing to think about and pray for them often. Their new normal includes the earth rumbling periodically, swapping stories with others who may or may not have sensed the most recent vibrations, and the dreaded ping of QuakeFeed. All of it adds up to heightened anxiety levels, structural damage, and the intense work load of post-disaster church planting. And, in reality, it's too soon to say "post-disaster." If you read between the lines above, you may have ascertained that there have been seven quakes already today. They don't seem to be diminishing in magnitude or frequency, and if the history of earthquake swarms is any indication, they may continue for several months to a year.

I was 100% in my element supporting the Church's disaster response efforts with six straight days of organizing and cooking. Nonetheless, I was excited to get out a bit over the weekend, as well as worship with my brothers and sisters in Christ in Ponce. 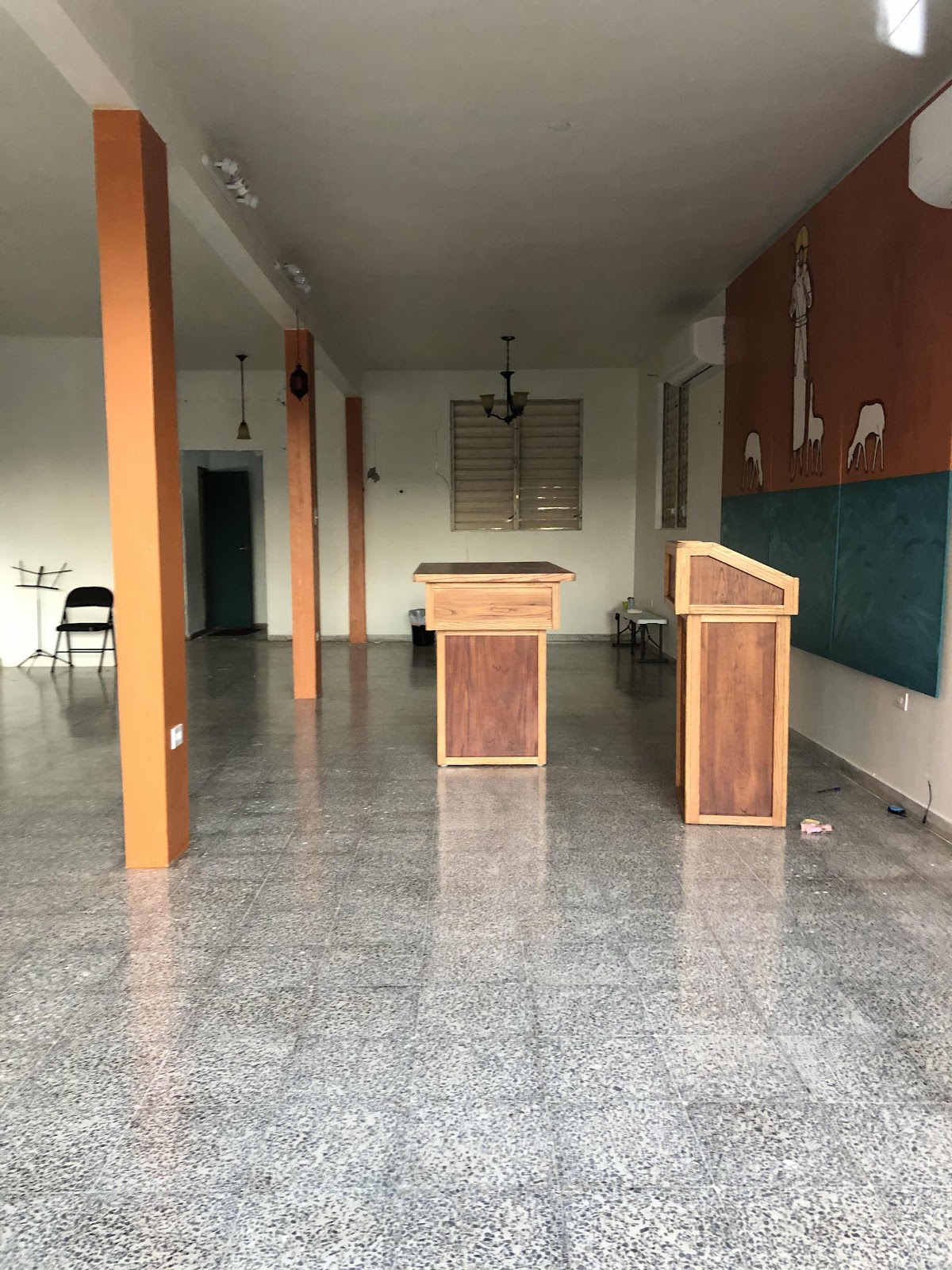 A Saturday afternoon tour of potential temporary worship spaces for Iglesia Luterana Fuente de Vida (while our beef stroganoff supper was in the oven) began with the newly acquired church and Mercy Center property. Option one is a tent in the outdoor area behind the buildings. Looking closely, you can see cracks in the far wall of the worship space, inaugurated the first weekend in December. Aptly, the first sermon was about how churches, much like the donkey on Palm Sunday, are simply a means for carrying Jesus. 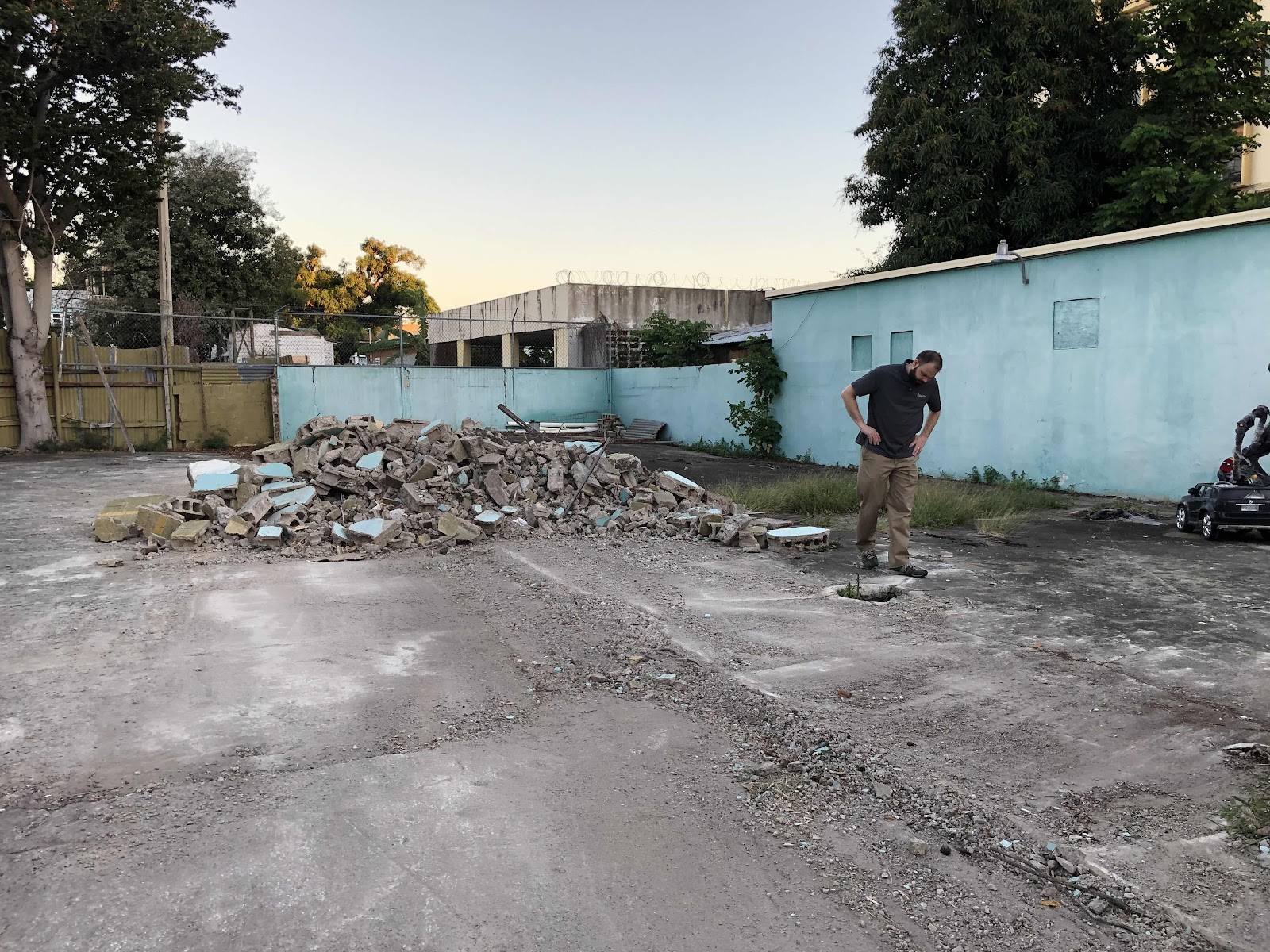 A wall that literally flexed when pushed on already had to come down. 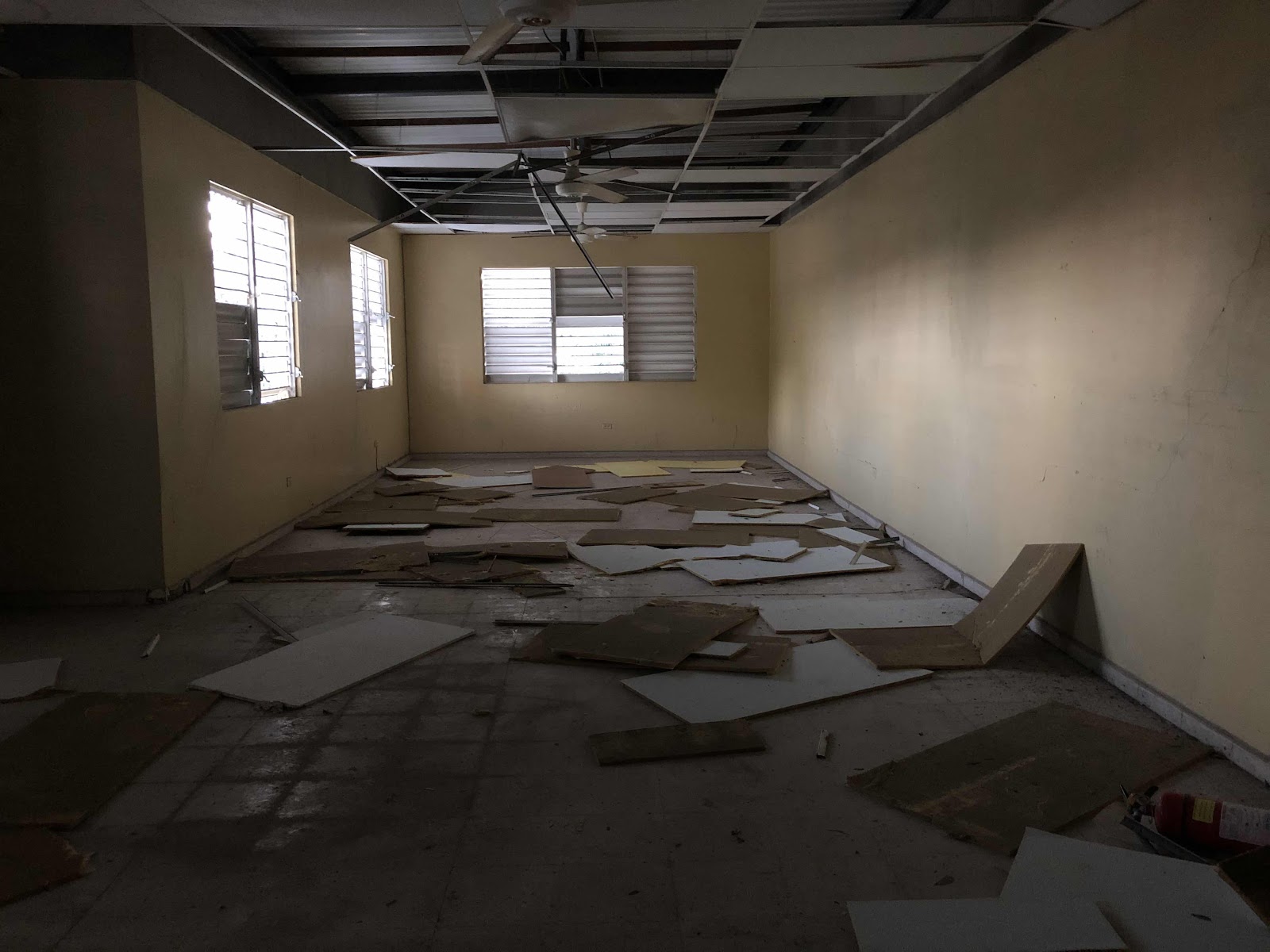 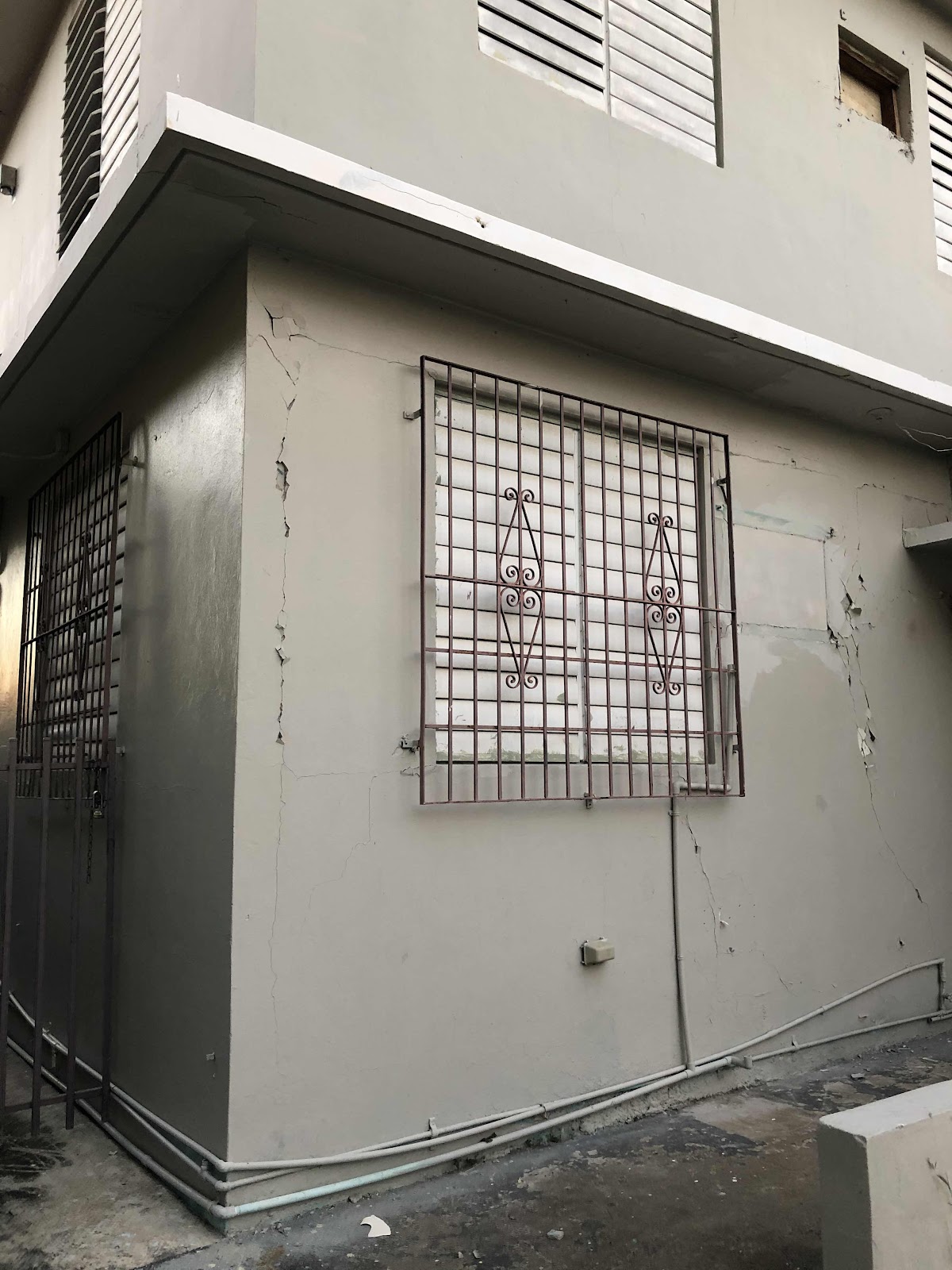 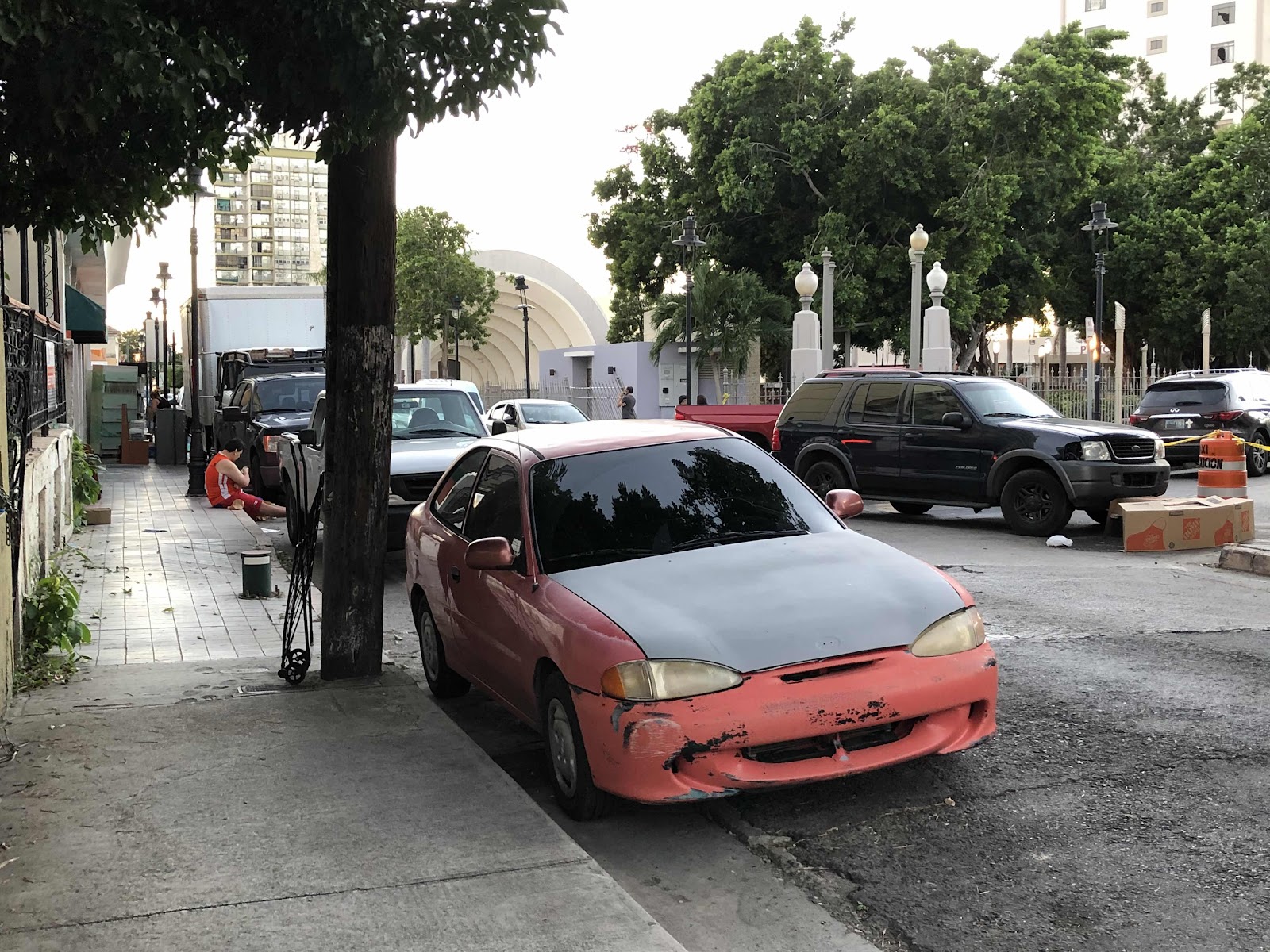 The street was crammed with vehicles from people removing their belongings from the apartment building next door. 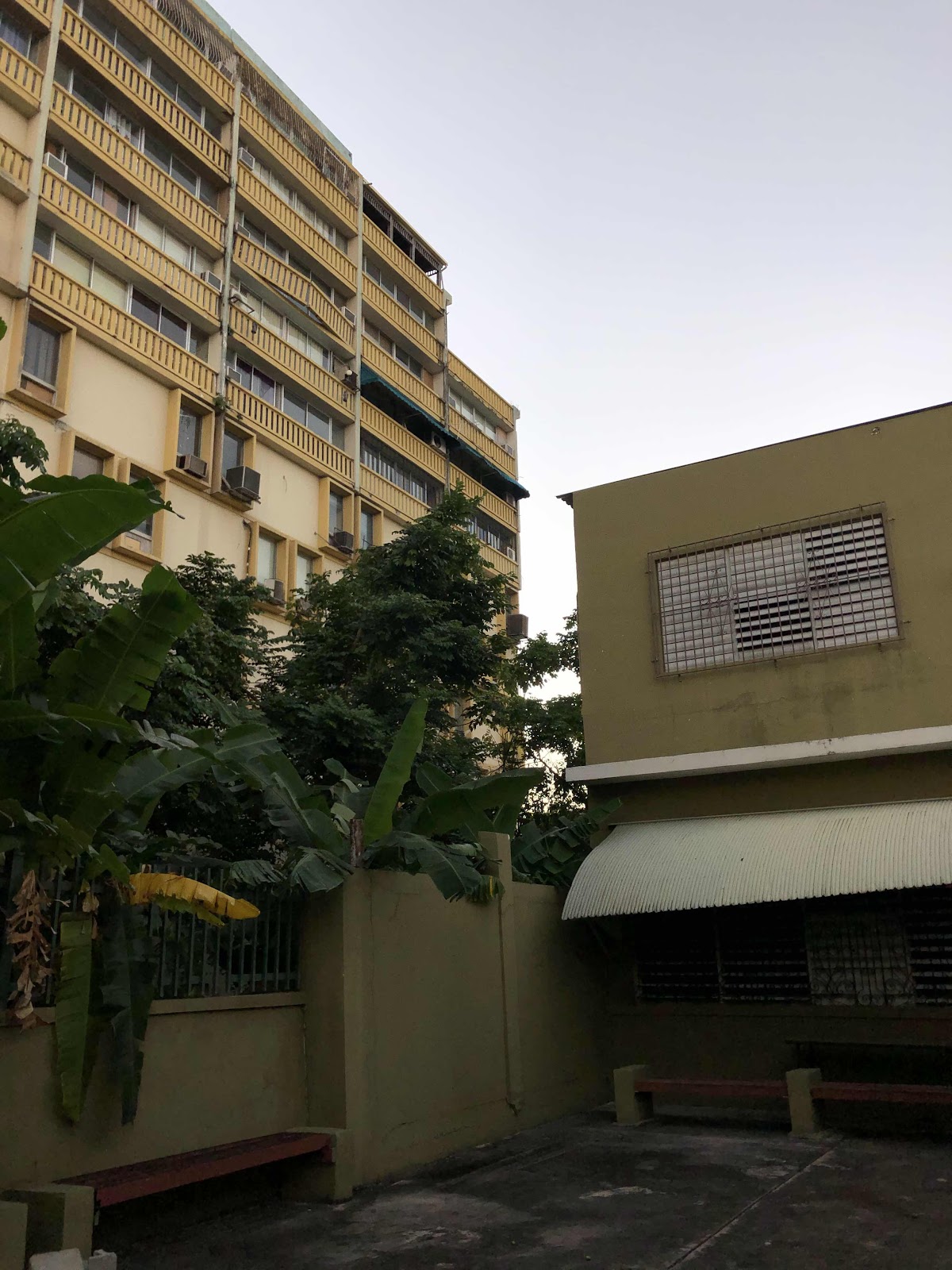 Although not yet condemned, I think this angle shows its condition best. 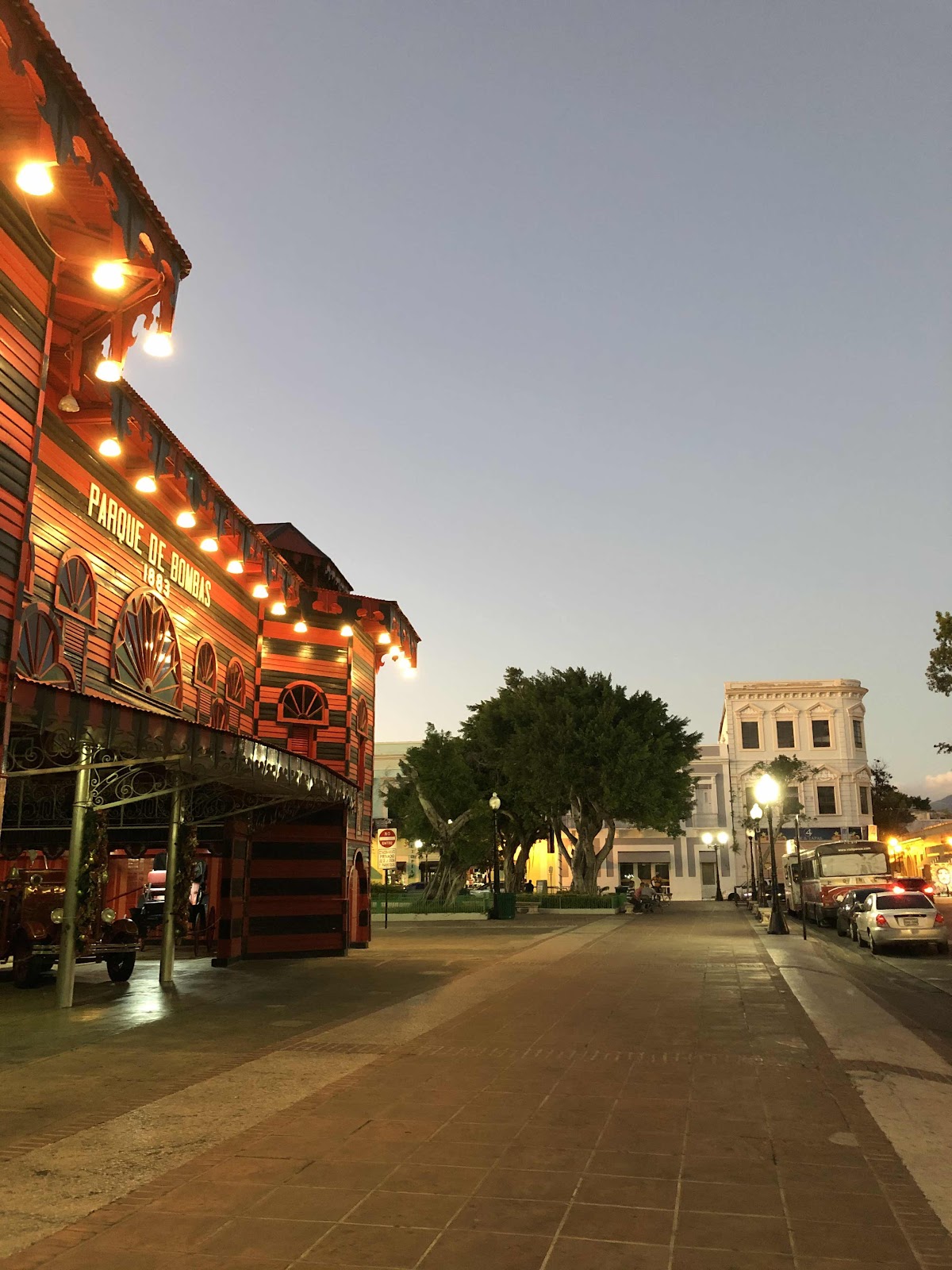 We continued by scoping out the church's former location. It'd be an emotional blow, but re-upping the lease would be as simple as a phone call. It's located in one of the hardest hit sectors, though. Nearby Plaza Las Delicias was a ghost town when it normally would have been bustling. 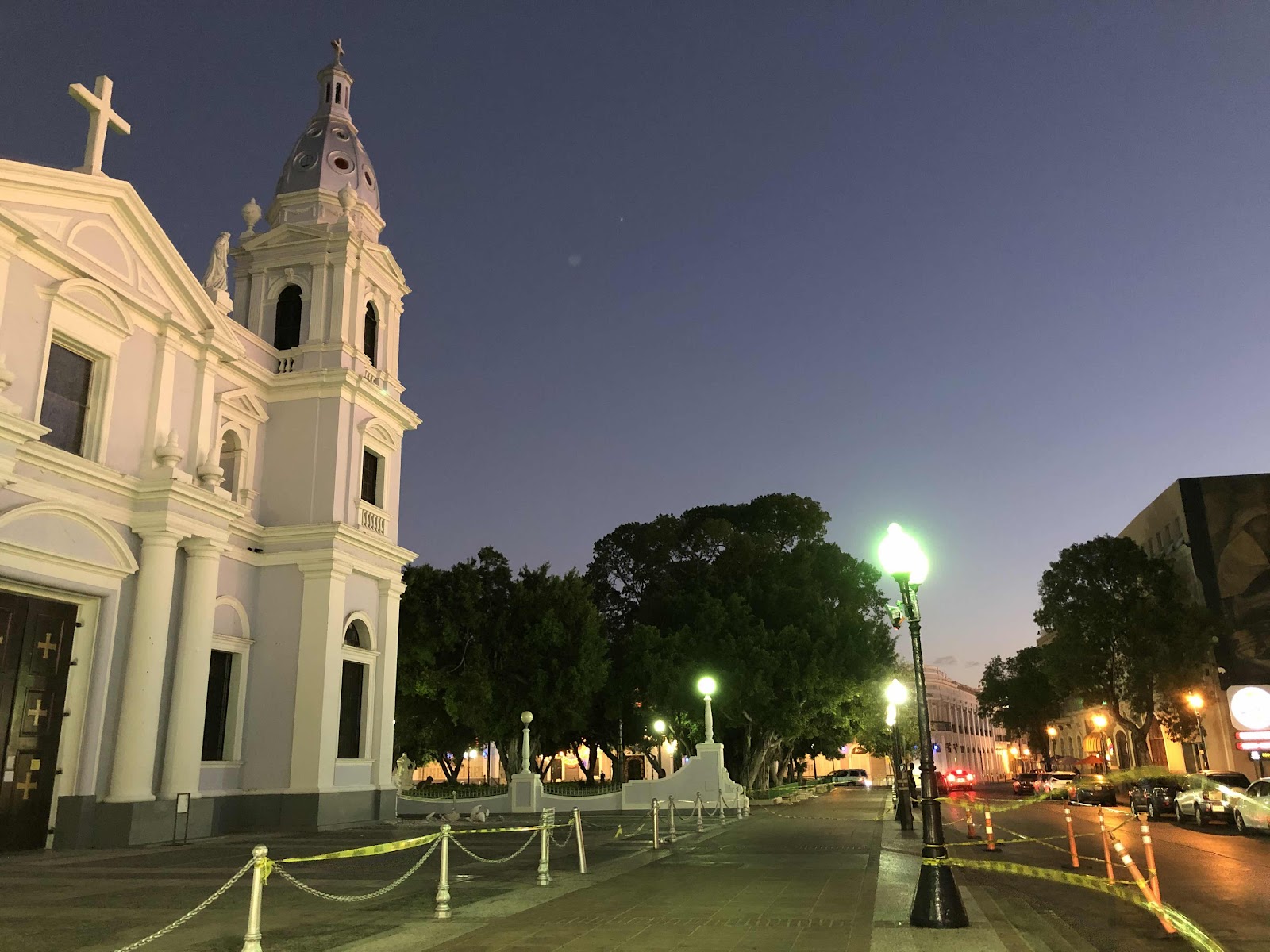 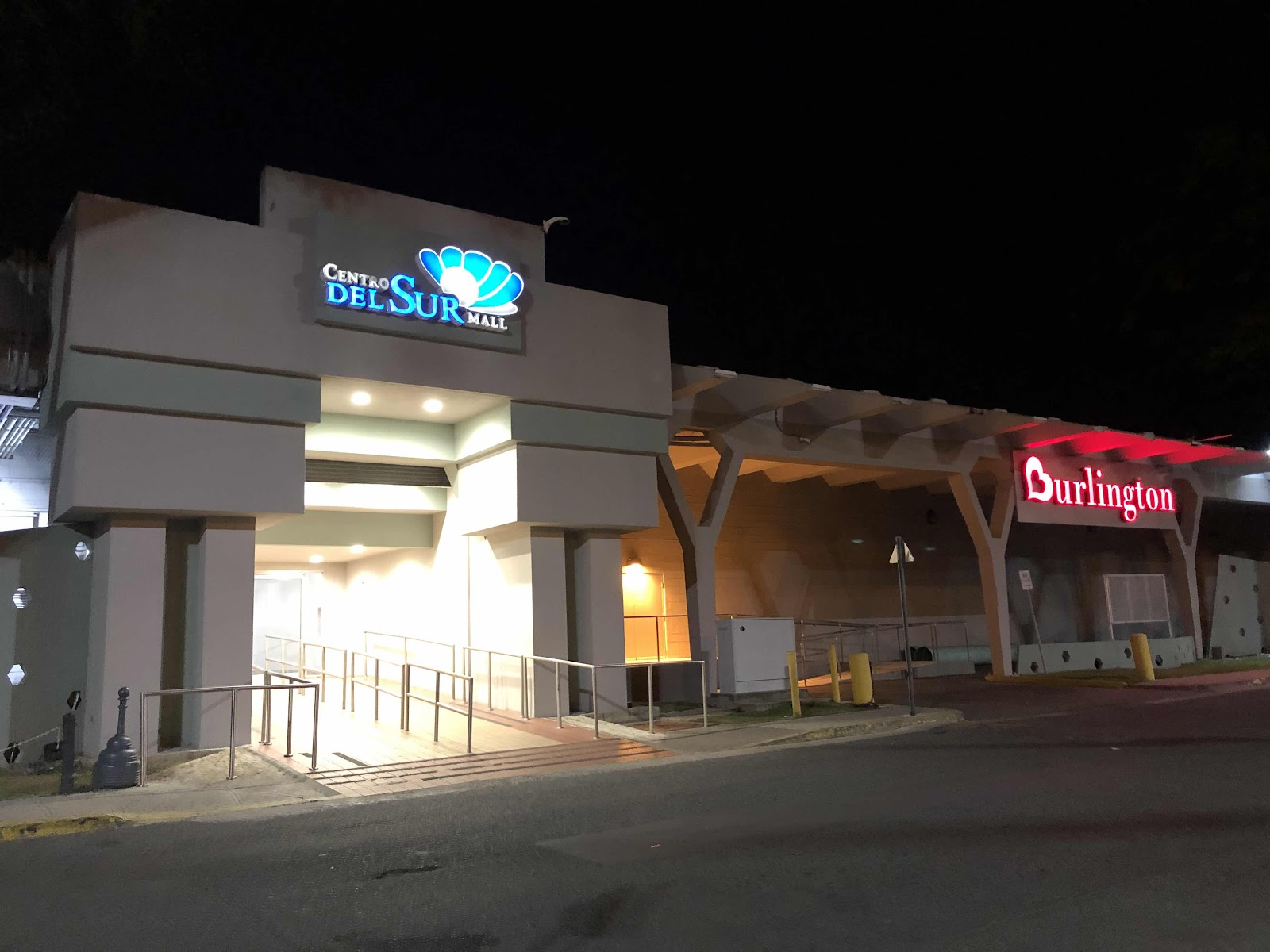 Our final stop was a well-known and all-around easily accessible mall. 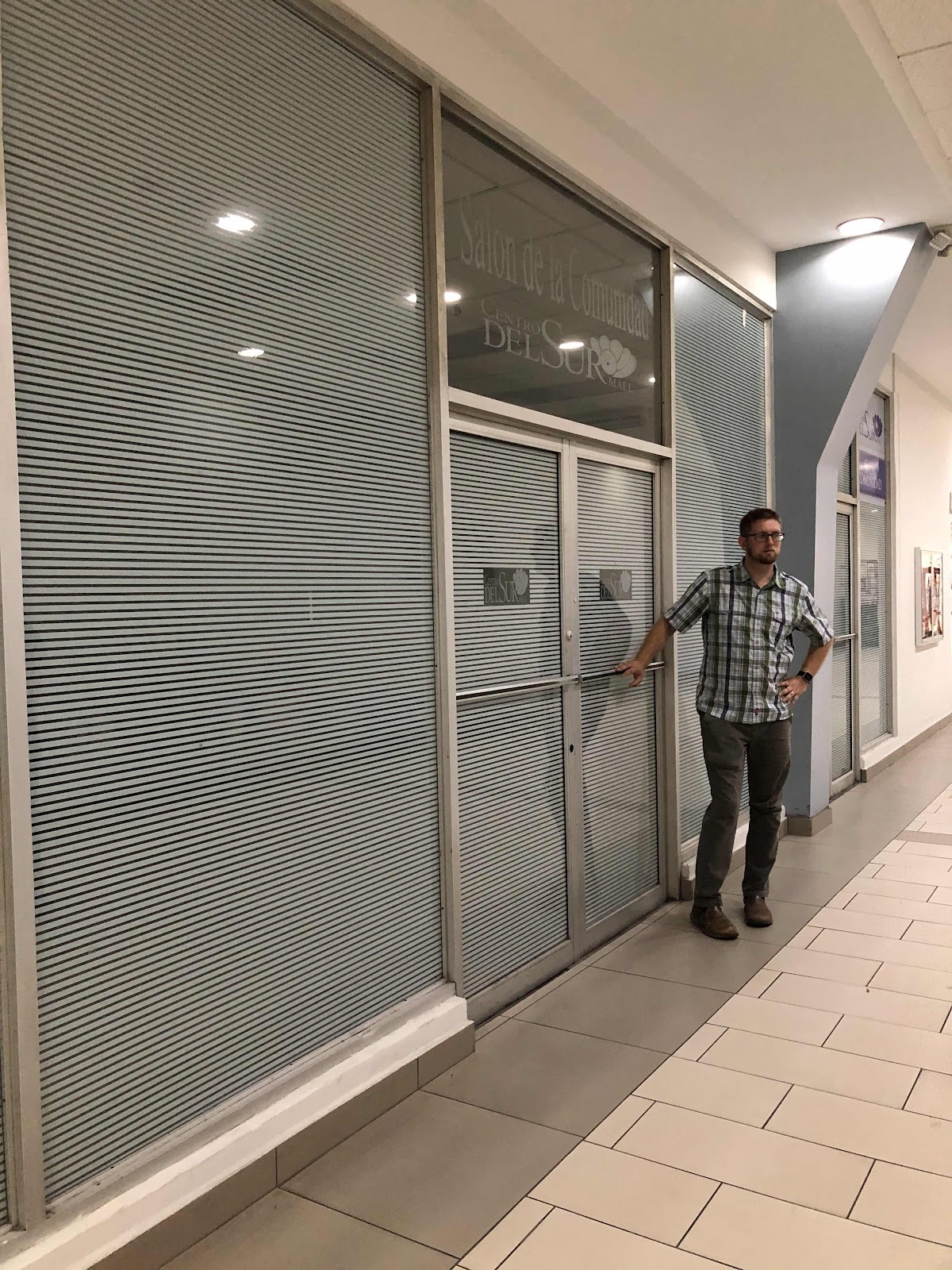 This storefront quickly became the front-runner for the missionary team as well as the congregation when put to a vote on Sunday, although predictably, some hiccups have arisen. Pray that God would open the door to a solution by next Sunday...I mean, in His perfect timing. 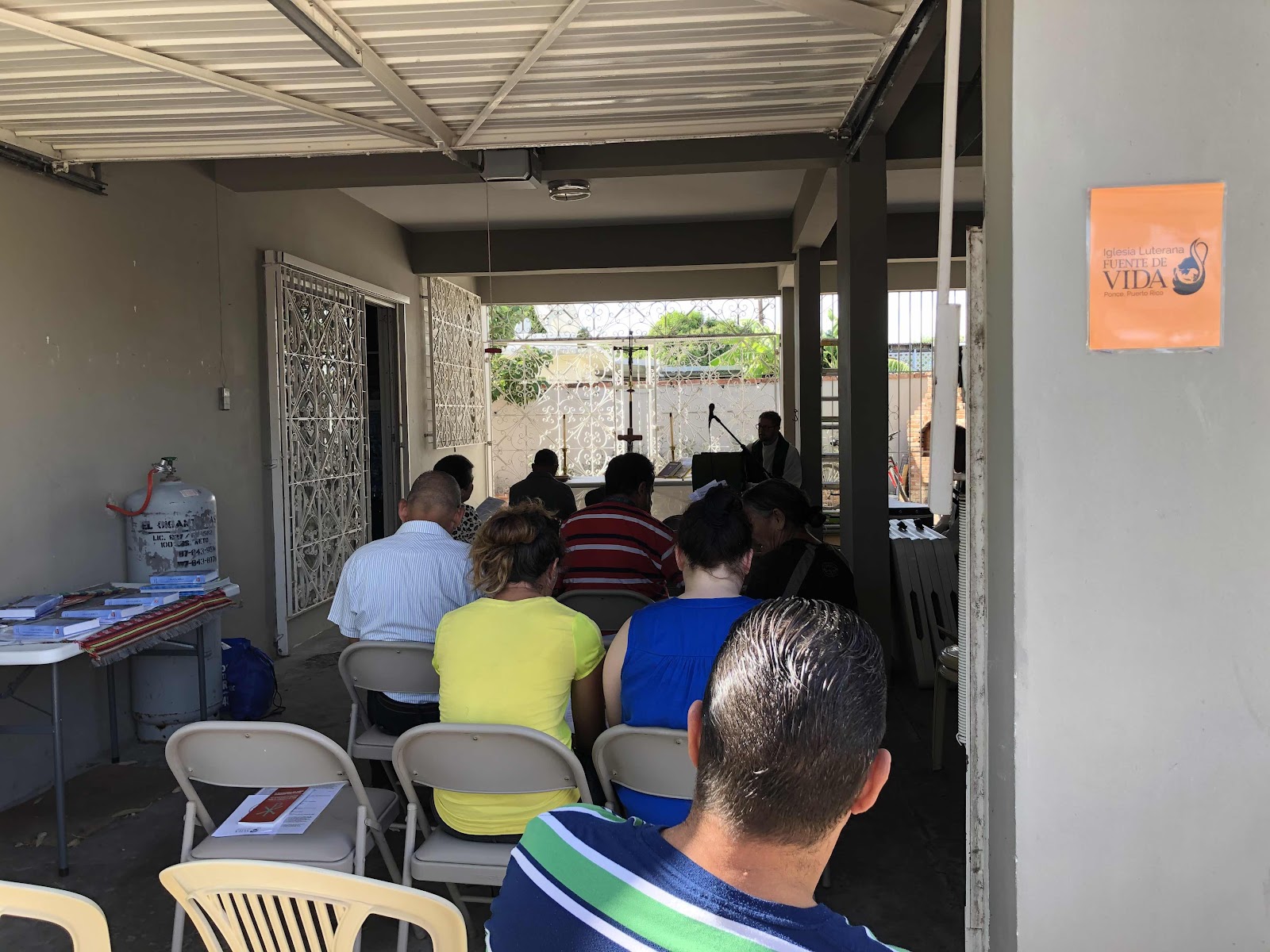 Speaking of open doors...the Neuendorfs opened their garage door to the congregation for the 2nd consecutive Sunday. 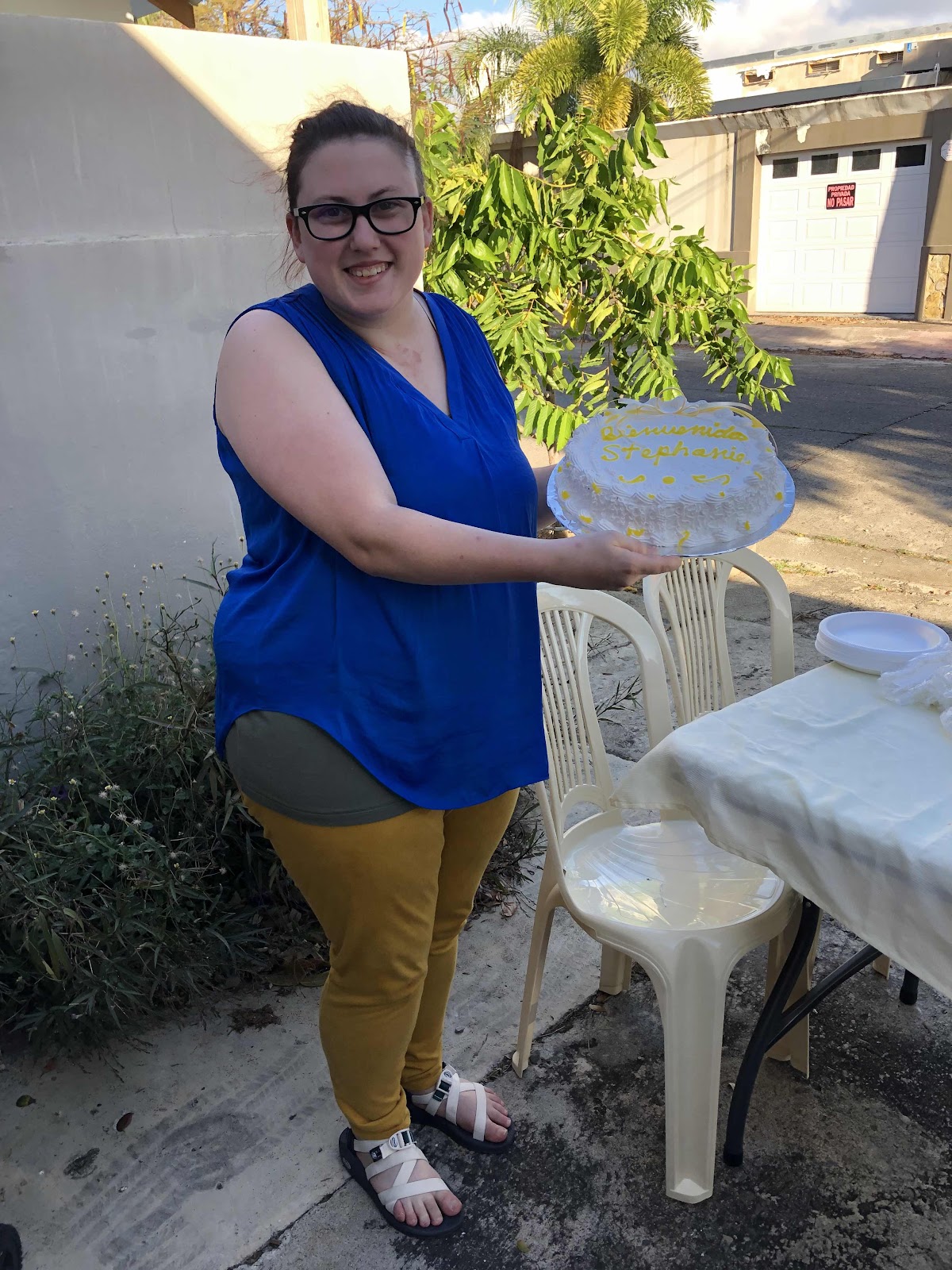 Everyone stuck around for a picnic lunch after the service. We had barely cut into the "Bienvenida Stephanie" cake when it was time to pile into vehicles for a house call, though. James had the privilege of baptizing a 9 yr. old girl whose social anxiety prevents her from attending corporate worship, and we all had the privilege of welcoming her into God's family with ANOTHER cake.

I and the rest of the second wavers returned to the DR yesterday. Pray that the transition goes smoothly...I labeled every Tupperware container in the refrigerator before I left! All joking aside, one member of the third wave overlapped with us for a day; another, a church planting missionary pastor in Spain, arrives tonight. It shouldn't be overlooked that the level of regional support we've been able to deploy, and quickly, is a testament to the value of sending and equipping missionaries, which couldn't happen without your prayerful and financial investment. THANK YOU for your part in holding up the prophets' hands.

Until next time - St. Louis, I promise! - blessings!