- September 17, 2020
Tuesday (day 189) was my first day of CHE TOT1!
Before I go on, let's back the acronym train up.
Seeing as how it's highly participatory, TOT1 is normally offered multiple times a year in the US as an in-person intensive. The instructors are Christians who have been through TOT1 themselves and have real-world experience implementing CHE. I had planned on attending a session in Colorado Springs, CO, while on home service. Ha!
Needless to say, I was thrilled when the opportunity to learn from fellow LCMS missionaries Steph and Sarah arose, albeit online. We're using Zoom and something called Jamboard that I had never heard of to make the modules engaging and interactive. My screen looked like this: 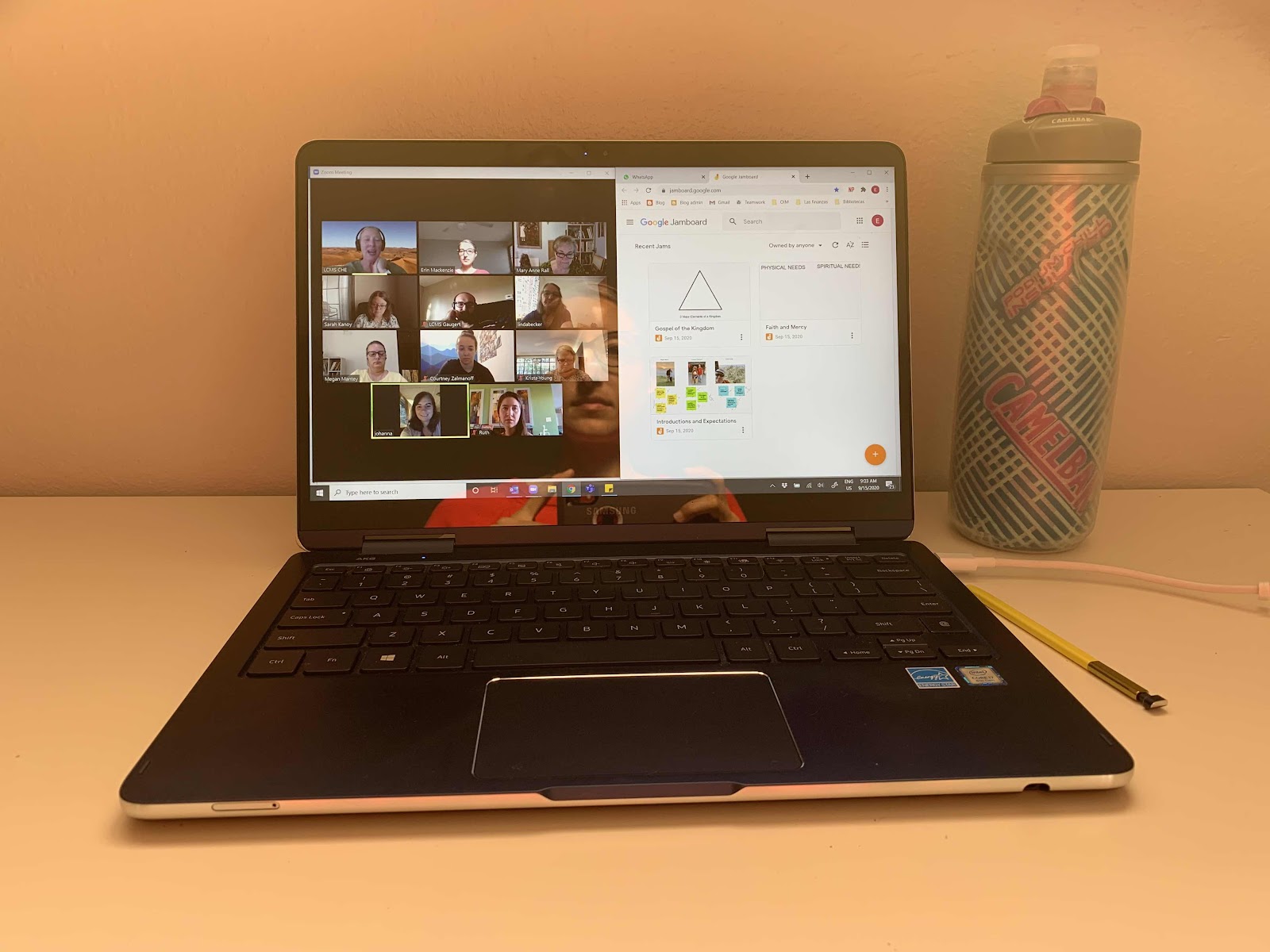 There are 10 missionaries in my cohort. We started with an ice-breaker to get to know one another: Two Truths & a Lie. See if you can guess my lie from the statements below!
Then, we dug into the theological underpinnings of CHE in "The Gospel of Grace" and "Faith and Mercy." We talked about God's Kingdom of grace, picturing it like a triangle with "God," "Us," and "Creation" at its corners. Jesus emphasized the interrelationships between each of these entities during His earthly ministry; His Church should do likewise, not overemphasizing any but seeking the "radical middle." Then, we envisioned "faith" and "works" as two sides of the same coin, analyzing Scripture passages that show Jesus doing physical acts of mercy that point to His spiritual act of mercy.
I'll have CHE for three hours every Tuesday and Friday morning, for a total of four weeks. I'm excited to learn how we can more effectively implement CHE in LAC and engage volunteers like YOU in the process.
Until next time, blessings!
*The Global CHE Network website does a much better job of explaining CHE than I could ever hope to!